When we considered how to approach the design for the elevator lobby at 200 Varick Street, we did our research on the significant history of the space as well as its area in New York City. Located in Soho, this 1,500 SF space was originally a printing press center, and later, a graphic arts center. Because of the building history of the metal press, black and white coloration, and ink from old print shops, we decided to preserve this feel in the design. The concepts of black metal, terrazzo, wood tones, and monochromatic coloration were chosen to tie together the past and present uses of the space. We wanted a chic, luxurious feel from finishes to the ceiling accents in order to represent the energy of Soho, while effectively preserving the character of the establishment. 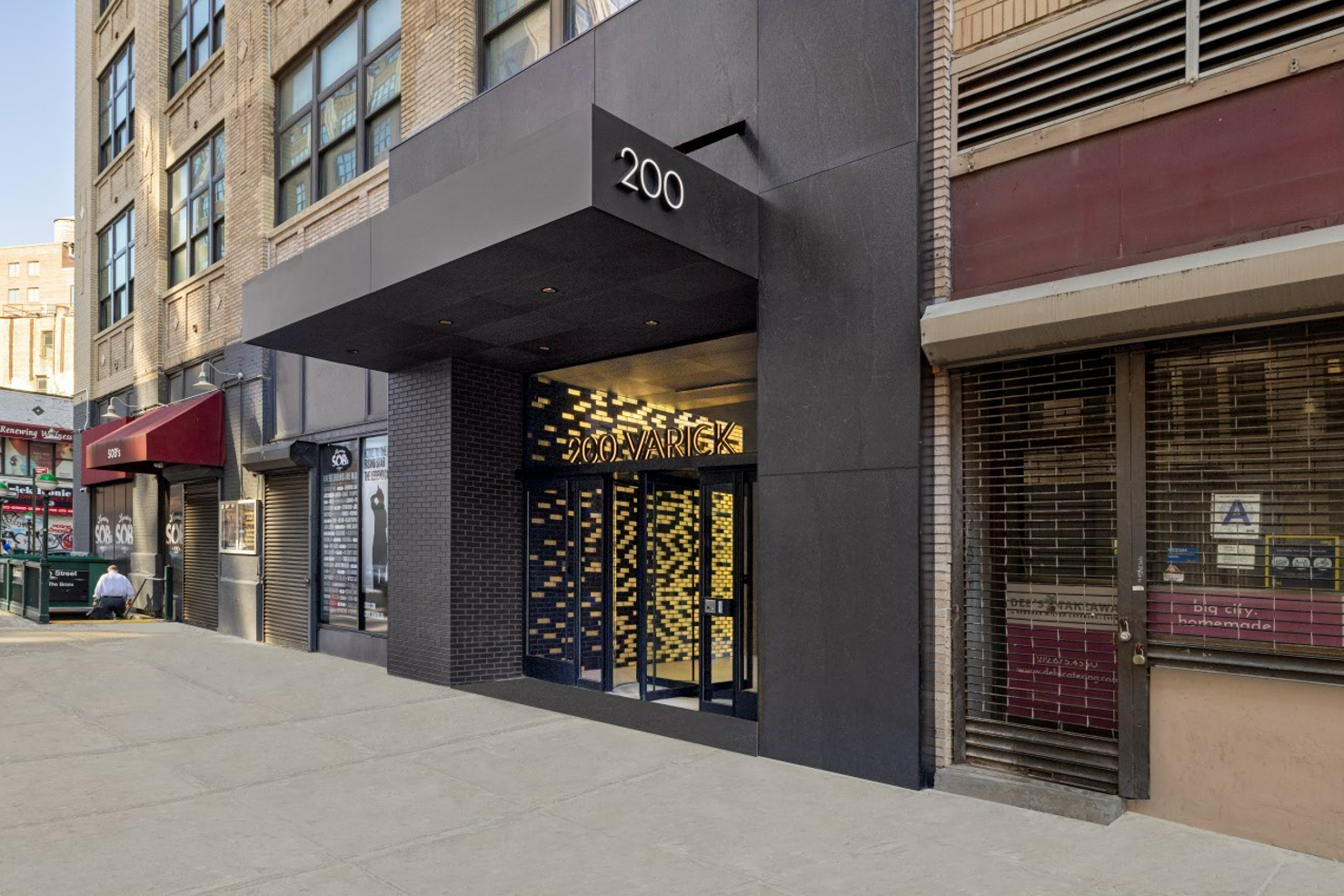 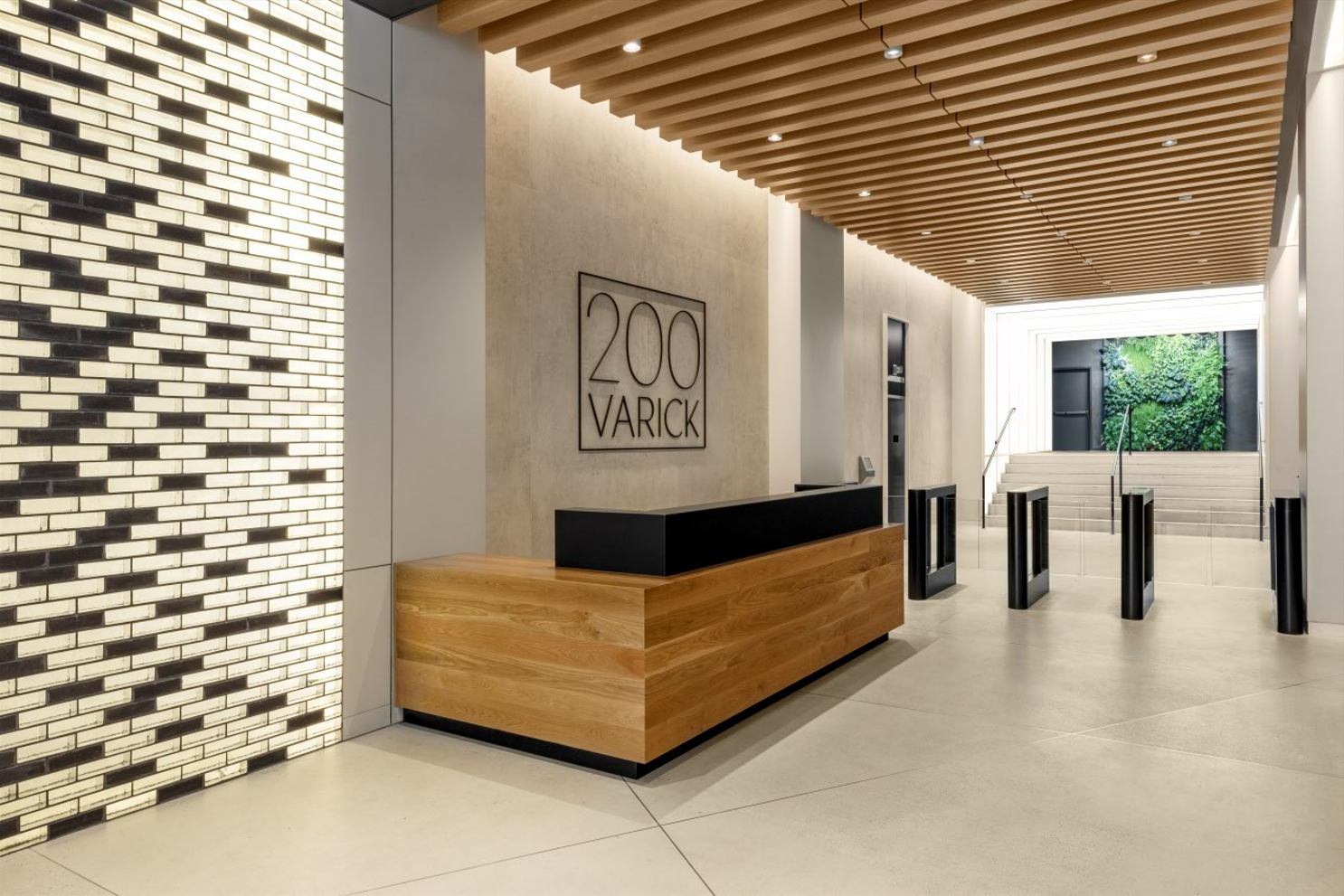 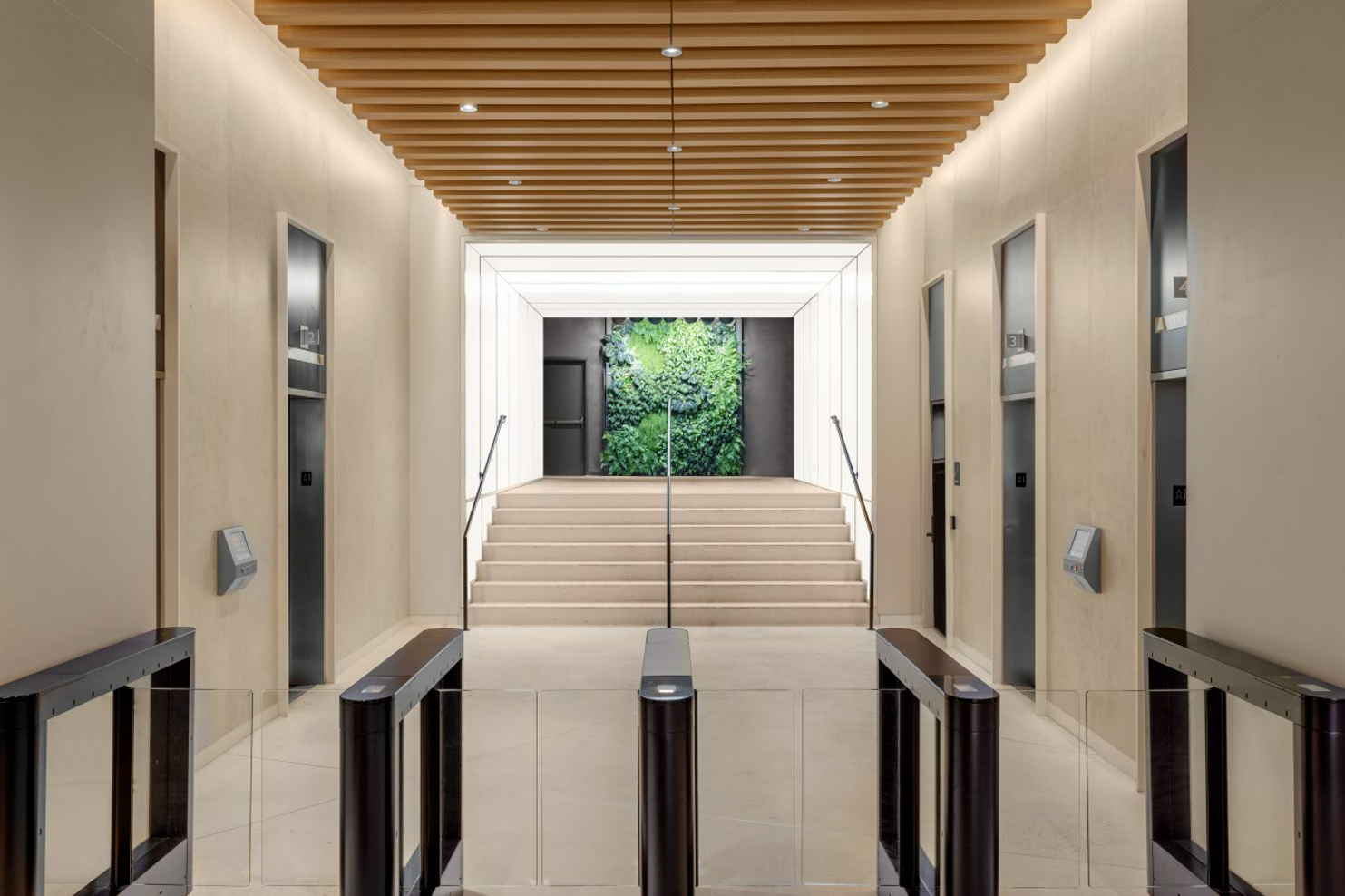 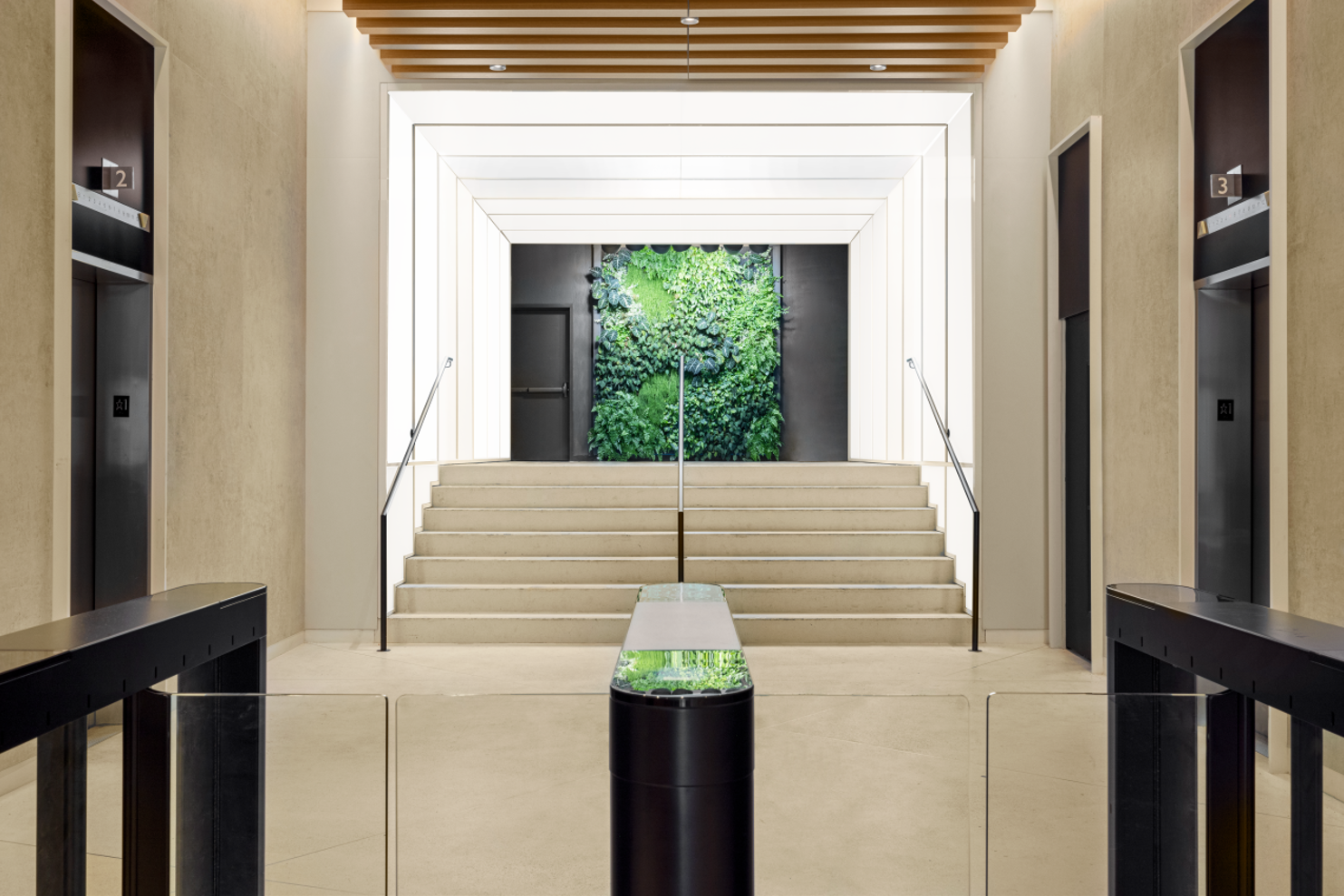 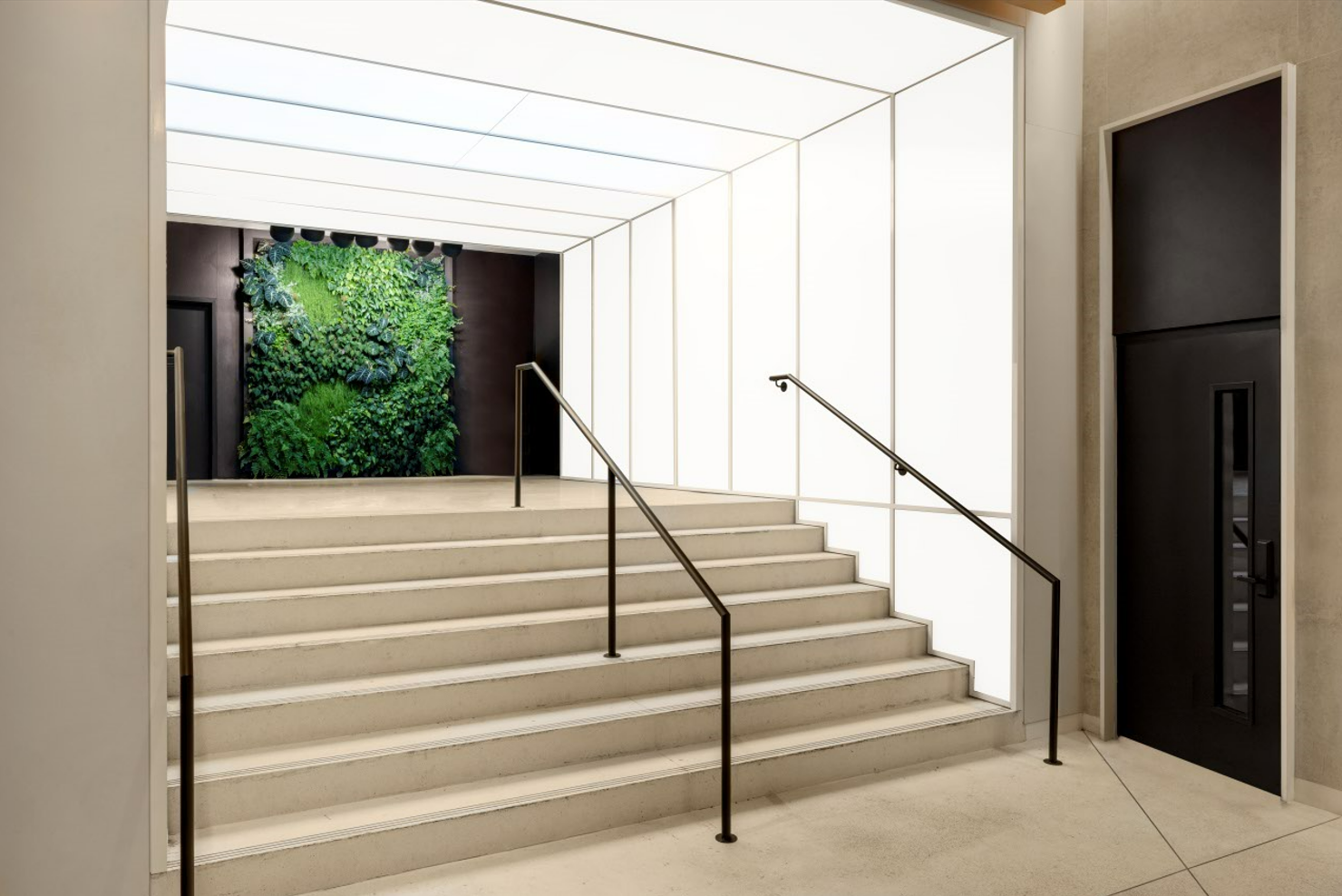 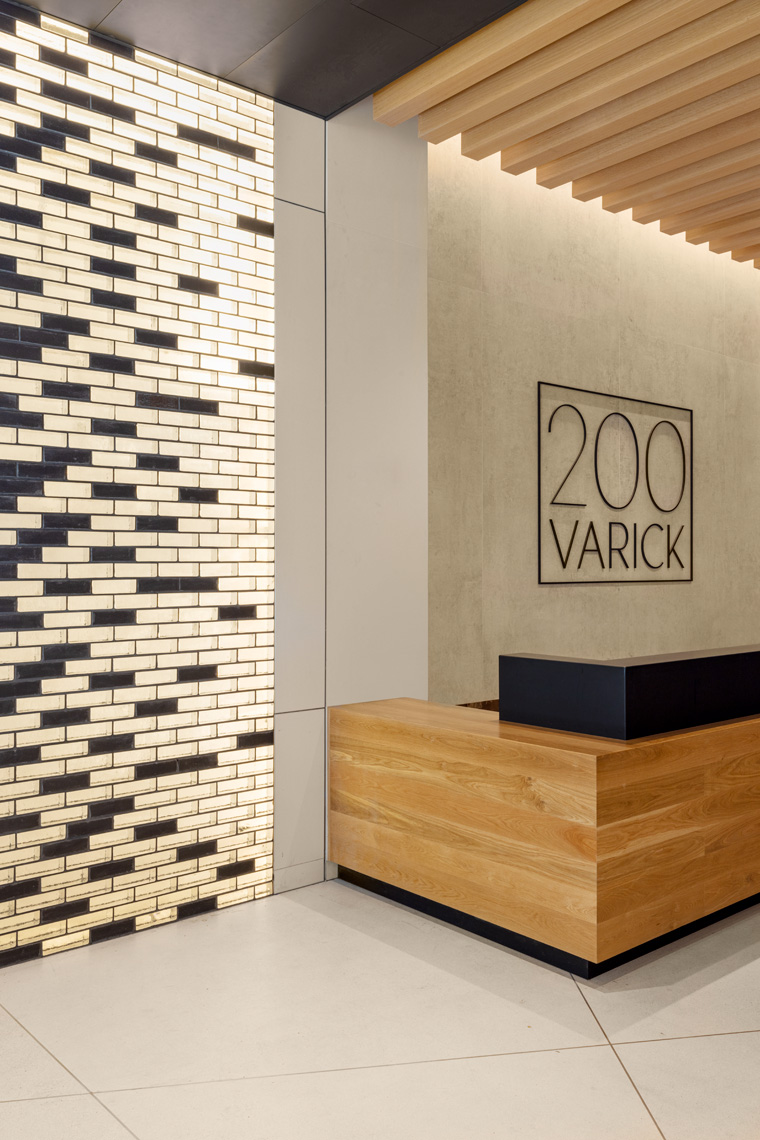 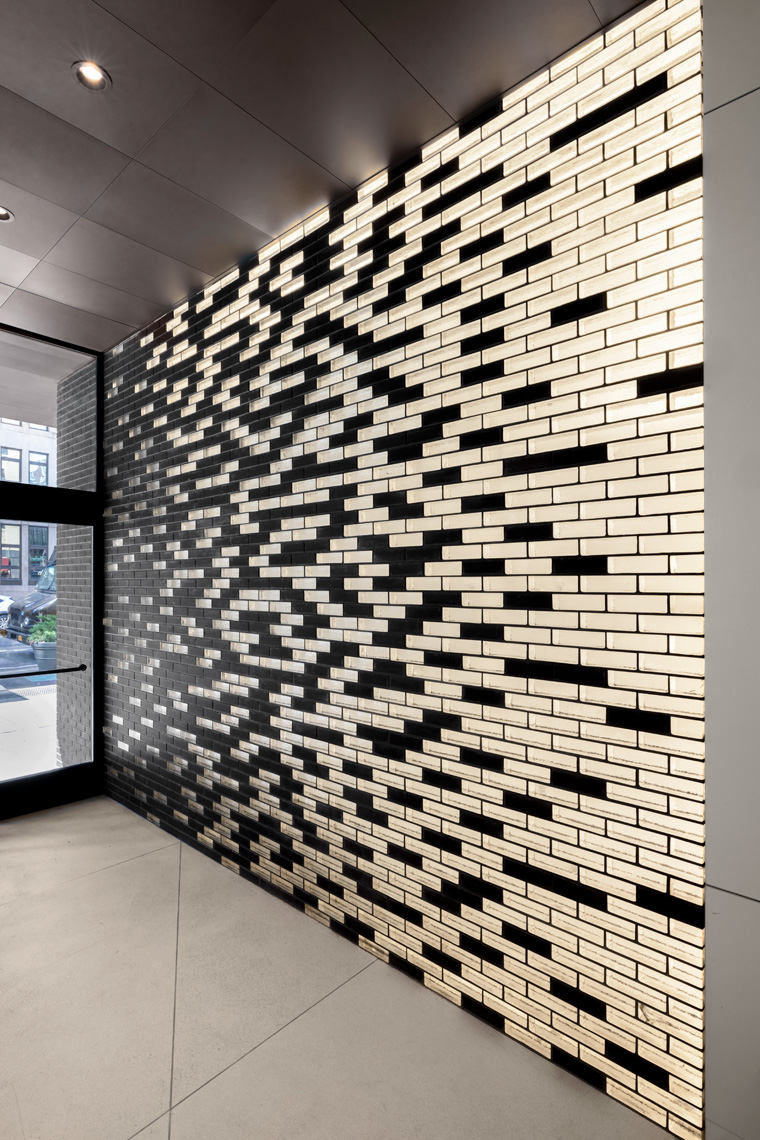 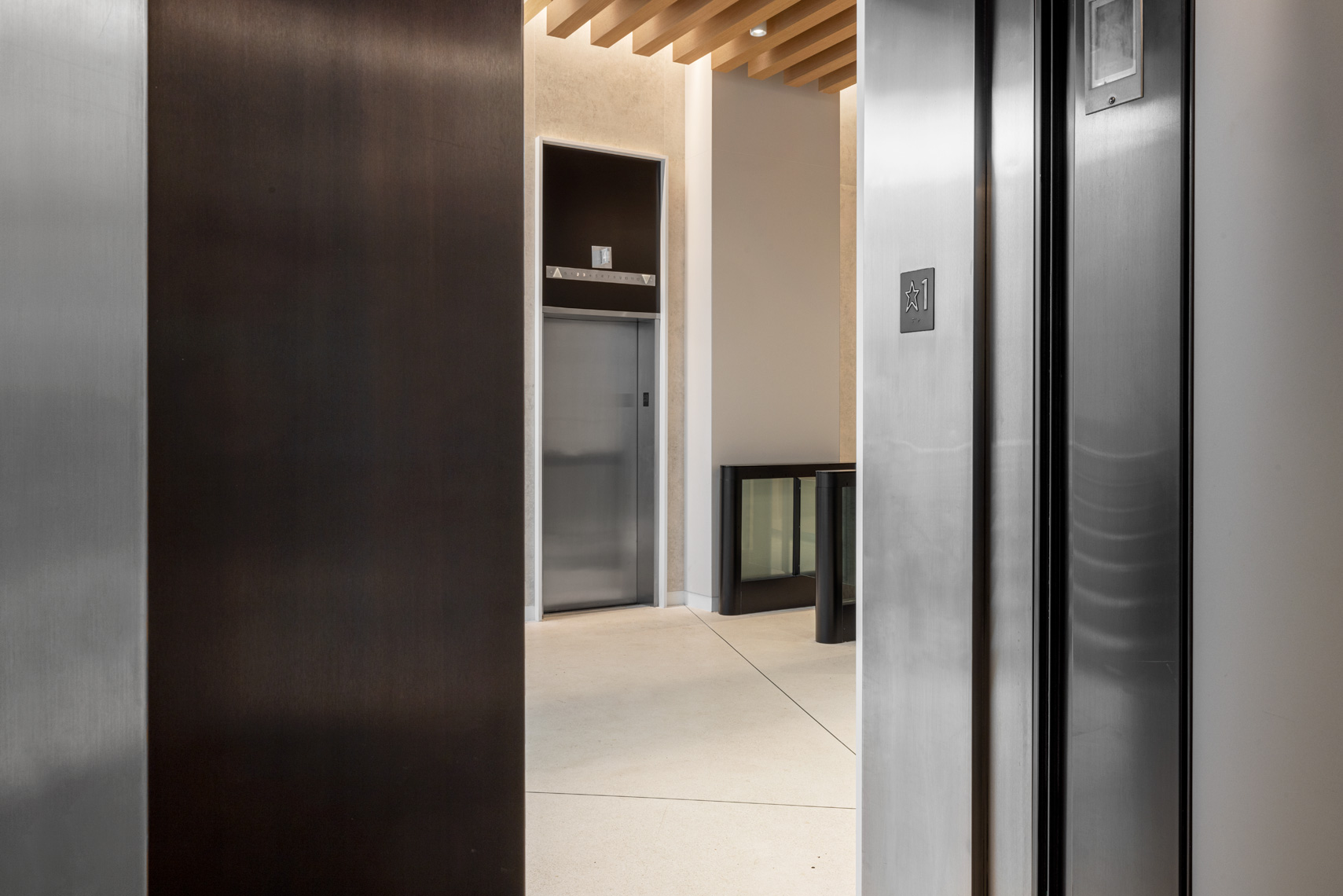 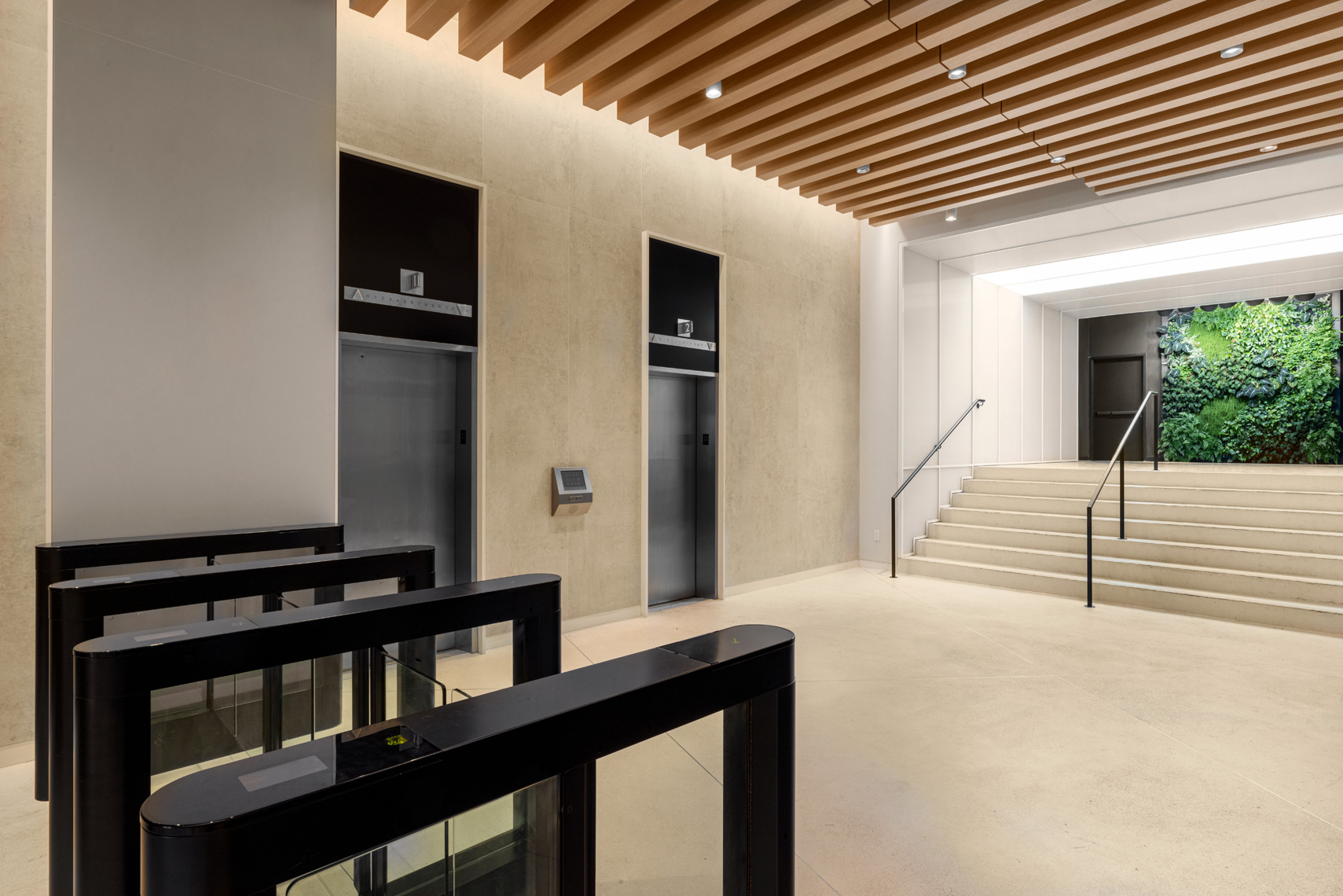 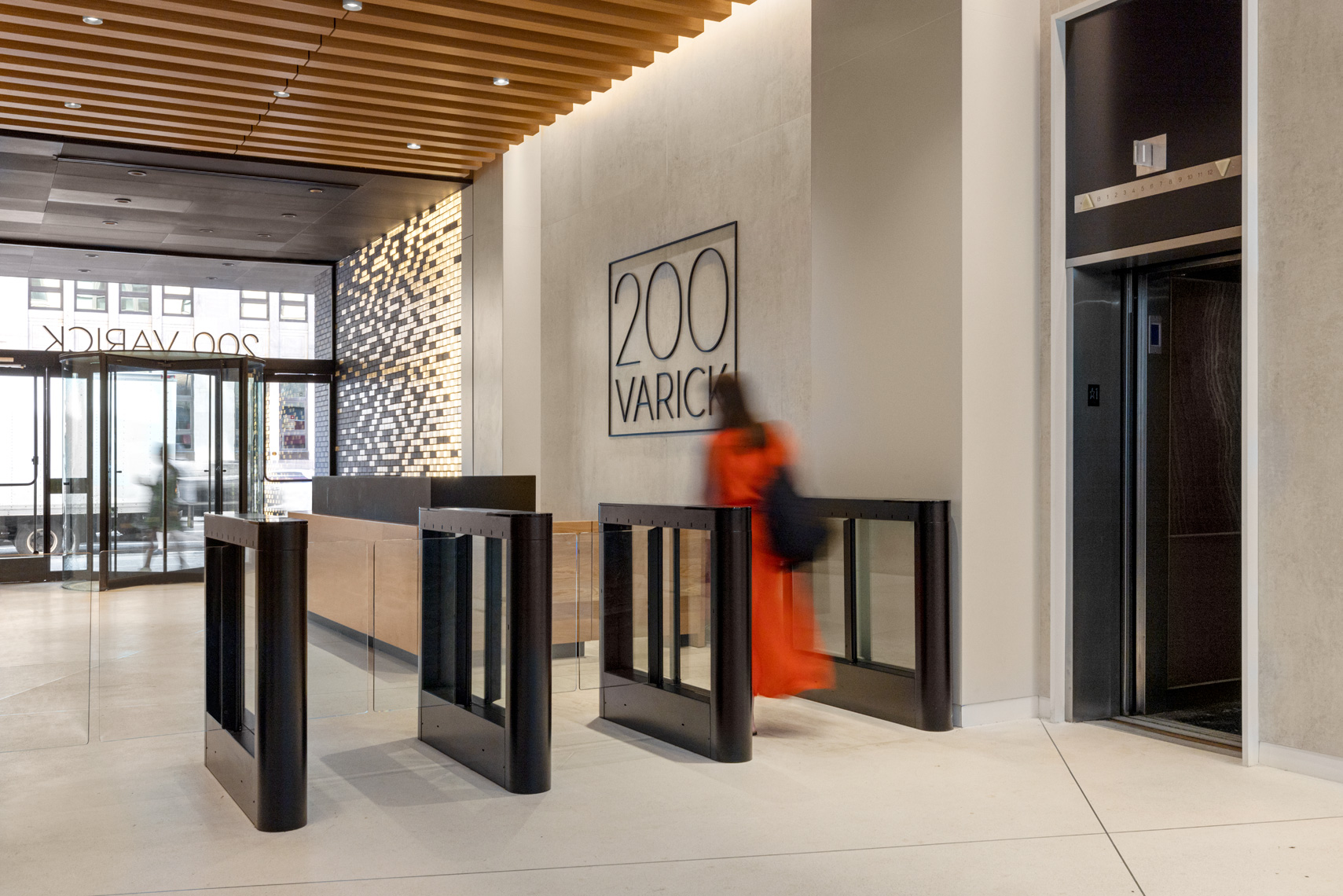