Determined to create nothing less than an online news publication to disrupt traditional media and speak authentically to Millennials, David Arabov, Jonathon Francis and Gerard Adams founded Elite Daily in 2012 with a team of six employees. Today, Elite Daily has a staff of 150 reaching an audience of over 74 million from a new, one-floor, 20,000 squarefoot office, designed by BR Design Associates, in Manhattan’s Chelsea neighborhood. Despite its swift ascent–Elite Daily was acquired by Daily Mail in 2015 and now operates as a subsidiary of DMG Media Investments Limited. The news portal develops its various videos, articles, documentaries and other information about such topics as news, life, dating, women, money, sports, humor, envision, entertainment, politics, food and culture within a surprisingly understated environment. The facility balances an open main workspace with enclosed conference rooms for meetings and social gatherings. Lounge areas and a beer garden, reception area and pantry fulfill the organization’s other needs. Characterizing the nano-second pace of today’s digital commerce, BR Design handled the design as a phased project to cope with a fast-approaching move-in date. Thus the main workspace was designed, installed and opened for business before the remainder of the office was completed. 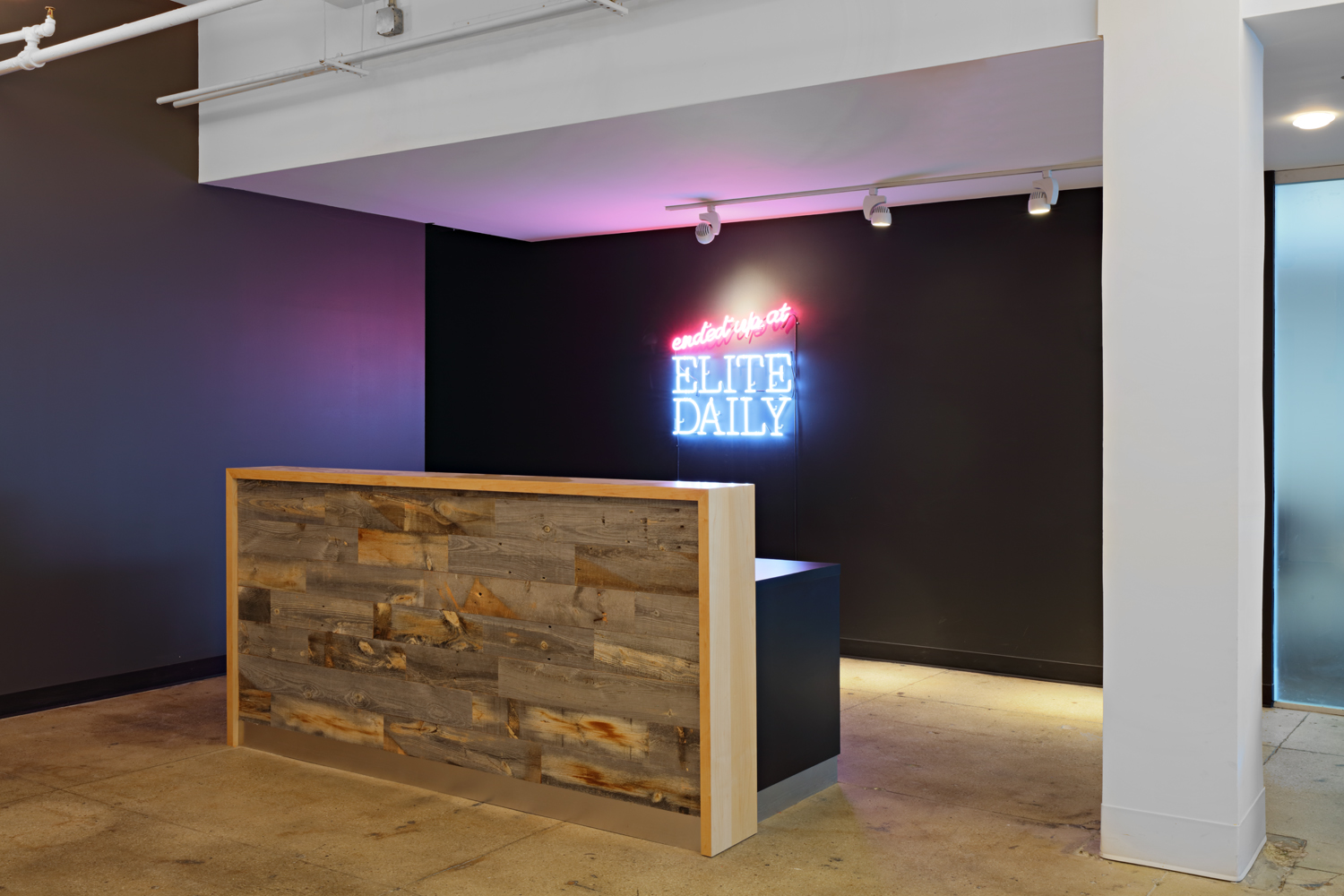 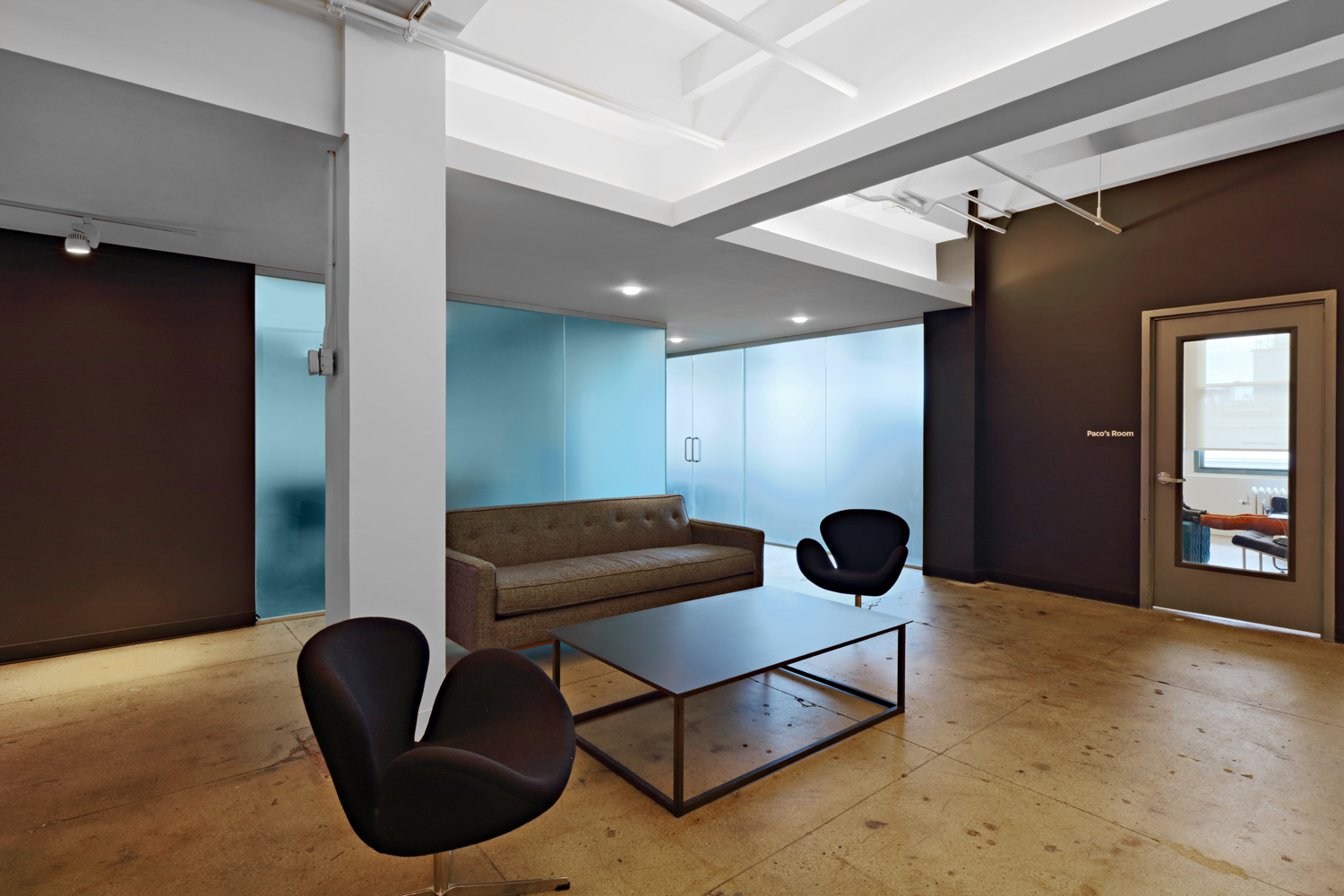 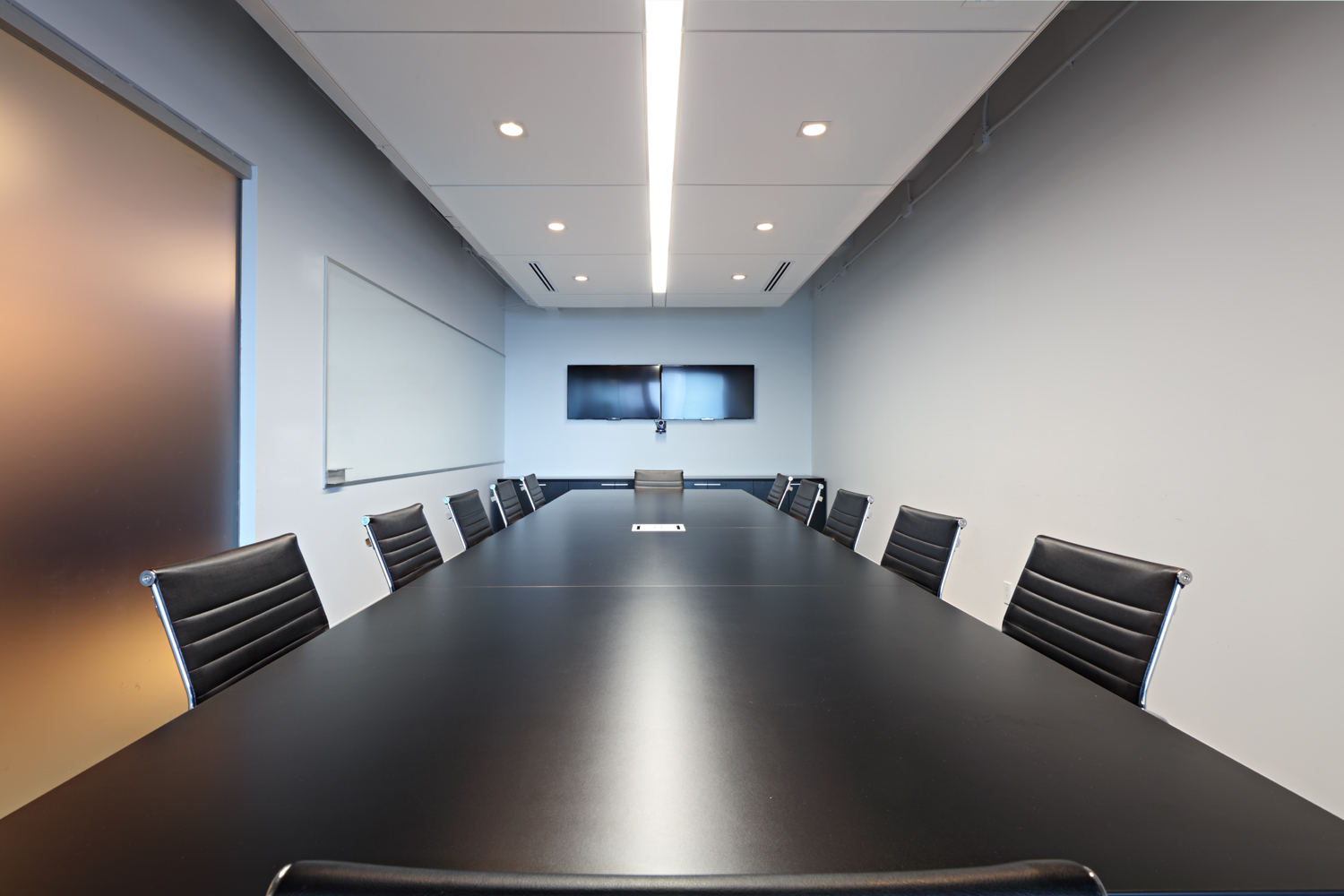 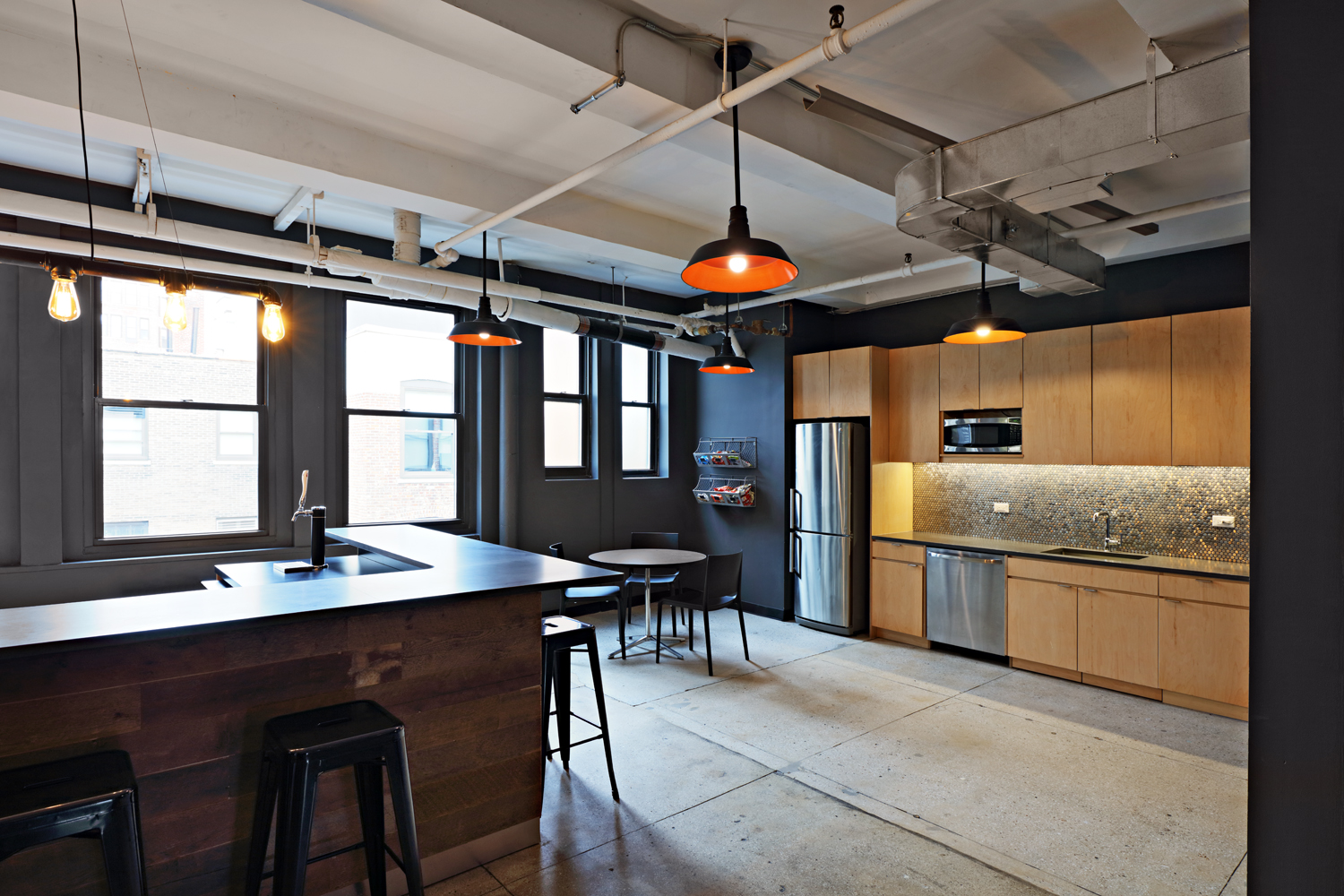 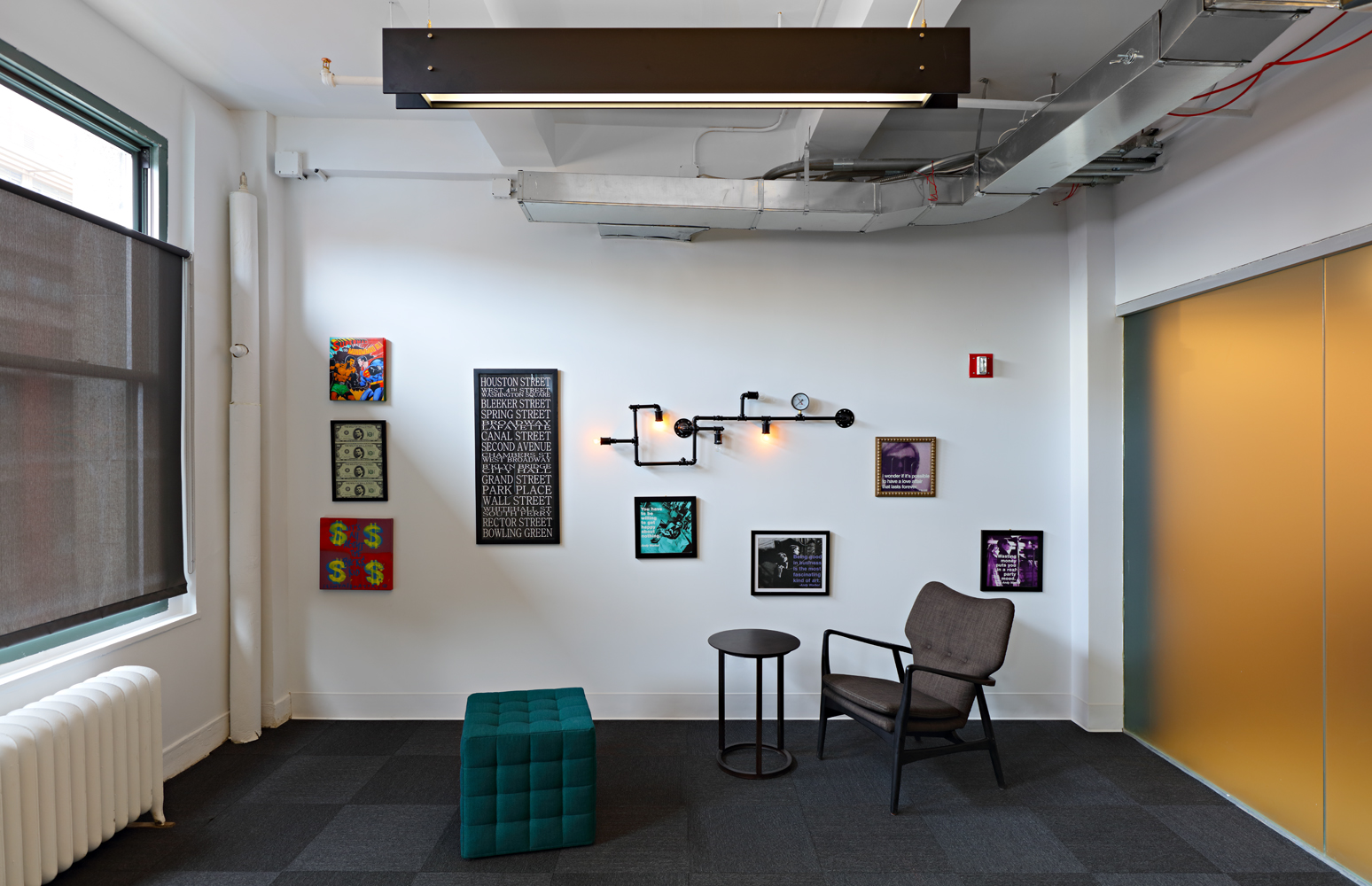 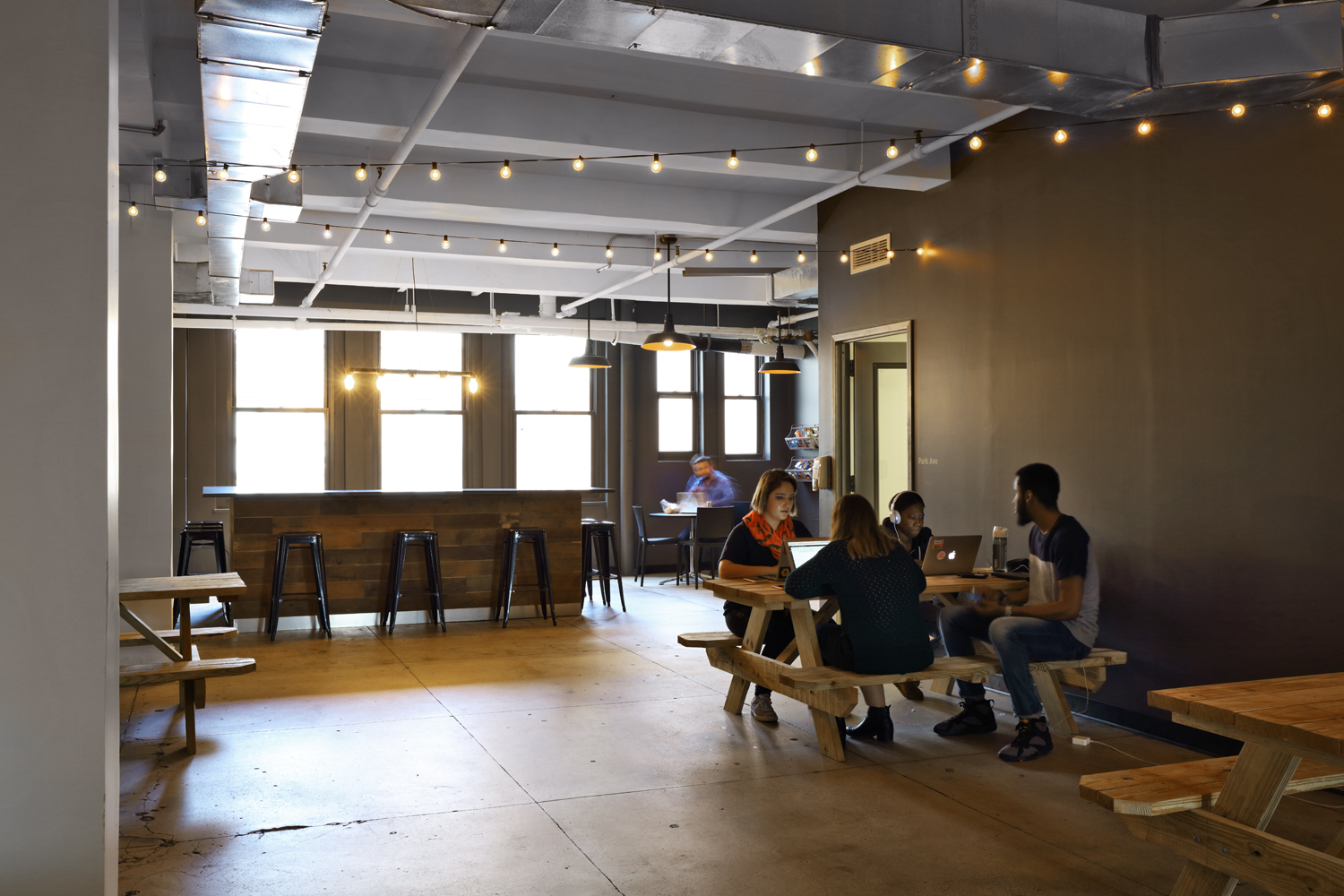 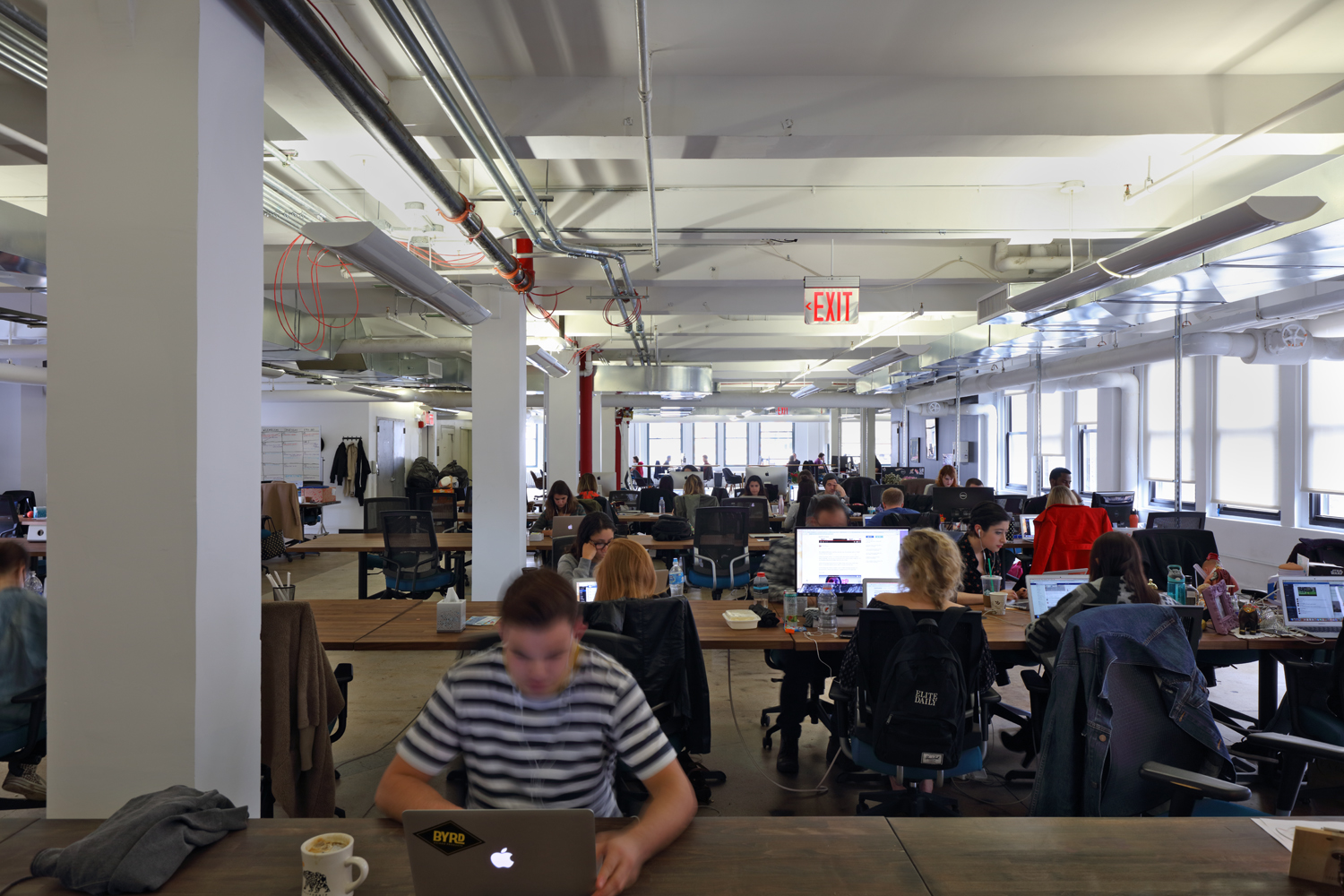